WHO Processed Meat is Carcinogenic

After 25 years experience as a qualified Nutritionist and Naturopath I want to shed some light on the recent World Health Organization's classifications of processed and red meat.

Meat and Cancer - Its Official

WHO have now classified processed meat is the same category as Asbestos and Tobacco smoking which is GROUP 1 carcinogenic to humans.

This is scary stuff indeed and it does mean that we all need to, at the very least, cut down on this food group.

It is a matter of personal choice as to whether we cut processed meat out of our diets altogether or just drastically cut back on it.

Going vegan or vegetarian might seem like a step too far for many people, but in light of this new classification, now is a good time to take a cold hard look at our eating habits and reassess what sort of food we put into our bodies each and every day of our lives.

What this new information does mean is that as the link between processed meat and colorectal (bowel) cancer is now proven and that the risk increases with the amount of processed meat consumed.

What Exactly is Processed Meat ?

Processed meat refers to meat that has been transformed through salting, curing, fermentation, smoking, or other processes to enhance flavour or improve preservation. Most processed meats contain pork or beef, but processed meats may also contain other red meats, poultry, offal, or meat by-products such as blood.

Red meat has been classified one group below processed meat GROUP 2a probably carcinogenic to humans.

What Does This Mean

This means that there is very strong evidence to suggest that unprocessed red meat also causes cancer in humans. 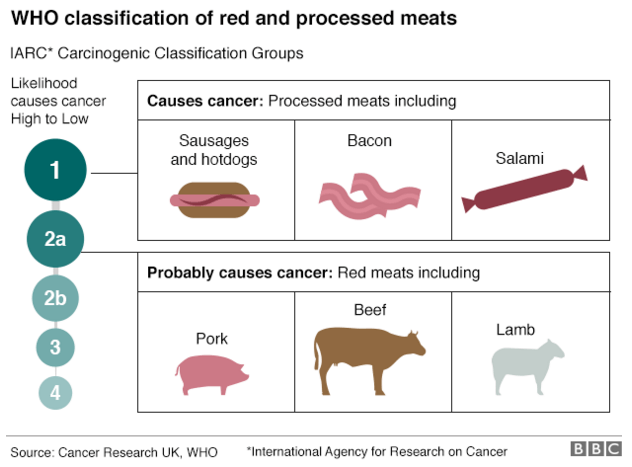 What About the Atkins and Paleo Diets ?

What is The Atkins Diet

The Atkins diets essentially advises to cut back on carbohydrates and substitute them for proteins and fats.

What Do You Typically Eat More of on Atkins ?

What do You Typically Eat Less of on Atkins ?

It is slightly more complicated than that and is comprised of several phases but you kinda get the gist!

What is the Paleo Diet

The Paleo Diet is based on the perceived food stuffs of our Paleolithic or Stone Age hunter gather ancestors.

What Do You Typically Eat More of on the Paleo Diet ?

What Do You Typically Eat Less of on the Paleo Diet ?

You don't eat processed foods, grains or dairy as those food groups were not available to our caveman ancestors.

WHO Has Been Recommending Reducing Intake Since 2002

IARC’s review confirms the recommendation in WHO’s 2002 “Diet, nutrition and the prevention of chronic diseases” report, which advised people to moderate consumption of preserved meat to reduce the risk of cancer.

According to the World Health Organization: In the case of red meat, the classification is based on limited evidence from epidemiological studies showing positive associations between eating red meat and developing colorectal cancer as well as strong mechanistic evidence.

Can a Program that Increases Meat and Fat Intake Really be the Best Diet for You ?

Clearly increasing our potential risk of cancer by eating more red meat, when current evidence is telling us that it would be wise to reduce intake of these food groups is not the best way to achieve our weight loss and optimal health goals.

High cholesterol levels from increased amounts of saturated fat in the diet from meat and dairy is associated with increased risk of heart disease. Current U.K. guidelines advise on reducing intake of saturated fats.
Source NHS

The Link With Cancer is Not The Only Problem With Meat 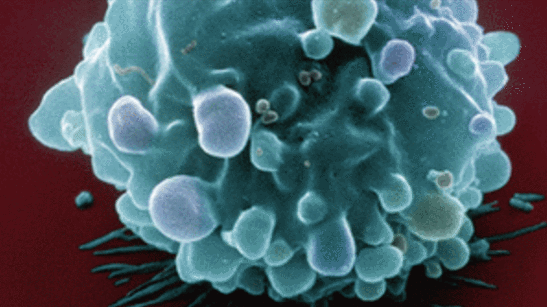 The increased levels of antibiotics, chemicals and hormones present in meat due to the intensive methods used in modern farming, in turn put further stress on the liver which has to work harder to rid these from the system.

Most of the fish we buy contains Mercury.

Mercury is toxic to human health, posing a particular threat to the development of the child in utero and early in life.

Is the 30 Day Weight Loss Formula the Answer ?

I have made it my life's work to to research this topic extensively.

The 30 Day Weight Loss Formula has not only helped people lose weight, it has also helped them get into the best health they have ever been in, in their lives.

The healthy eating that forms the basis of this program has been so instrumental in restoring people to optimal health that it has helped prevent a colon operation that would have resulted in a colostomy bag having been worn for life, simply by restoring normal, healthy digestive function.

This program is so powerful that it has helped clients lose weight and come off medication for Type II Diabetes and high blood pressure.

It has also helped people suffering from Chronic Fatigue Syndrome for 10 years get back to full time work by restoring their energy levels and boosting their immune system.

The Results Speak For Themselves

The 30 Day Weight Loss Formula is simple and easy to follow and it just does what it says on the tin.

You will see a dramatic improvement in your health.

Your Liver, Kidneys, Digestive and Hormonal Systems will also be dramatically improved.

You will have more energy, be more physically and mentally alert.

You will sleep better, feel better, look better and be better than you have been for decades.

ONLY YOU CAN CHANGE YOUR LIFE?

With over 25 years in the health and fitness industry
ARE yOU READY ?